Overlooking my large collection of video games, I wanted to get back into titles I had skimmed over or placed down after a few hours just returning to my regular titles. With the gaming industry being one of the largest forms of entertainment and thousands of titles to play I wanted to share my thoughts on games which were released a while back, maybe starting to be forgotten, have lowered in price or didn’t really hit the ground running on release. With over 700 games in my library, I am wanting to review games which really had me hooked where I struggled to put the controller down, games where I am easily putting hour after hour into and at a lower more reasonable price. So I say, “Better late than never” here is my review for Assassin’s Creed: Origins.

Most games have at least once sat with this title in their laps, free running ancient locations from around the world, riding through living cities on your selection of mounts, sneakily making your way through well-guarded locations and most importantly, assassinating though highly important targets. I have played through most Assassin’s Creed titles, from Altaïr and Ezio to Edward Kenway and now Bayek of Siwa, I have seen the series take both a turn for the worse and a self-realisation to release a great, refreshing game such as Assassin’s Creed: Origins.

Released in 2017, in Assassin’ Creed: Origins you play as the Medjay Bayek of Siwa, a protector of an urban oasis in ancient Egypt who is betrayed by a number of masked men and due to them inadvertently kills his own son. The game takes place a year later where you, as Bayek set out to get your revenge while exploring the vast land of ancient Egypt. Like in many Assassin’s Creed titles you are with your trusty mount using heightened senses to spot enemies and bring down the Templar order, so what makes Assassin’s Creed: Origins something to write a review about 2 years after launch?

Let us start with the visuals, see the images below, I quickly shot these one evening during a play of about an hour of play, the game just looks great, you can feel the desert heat from golden sands surrounding the pyramids or the cold murky waters of the river Nile because of the extraordinary visuals this game has. The details of the characters are stunning, each main character really stands out as a unique individual and as for Bayek, his customisable appearance with new weapons and armour, which can be caked in blood, sand and mud really throws you into the environment as you play.

What really makes the difference between Assassin’s Creed: Origins and older titles is the combat and RPG element of the game which has been reworked from the ground up for this title and the following Assassin’s Creed: Odyssey. This series has now become more than just a stealth action adventure game, it uses RPG elements to make you really think about how you use Bayek in his environment with the equipment you have, and with each different weapon and tool comes to a different style of play. With a selection of two different melee weapons, two different bows and a selection of tools to use in combat you can take control of how you tackle the enemies. This leads onto combat, it feels smoother, much more enjoyable and can look like a film in some situations, although I am struggling to get the hand of parry and counters.

The RPG element of the game (levelling, skill tree, side missions) are all another way to really personalise your experience inside the game, aiming to go into combat , or maybe try to rely on stealth, even improve the technology you have at your arsenal. As someone who likes to do everything, I was getting worried that I was soon to be over-levelled, around level 20 I was still doing level 16 side missions and wasn’t sure if I should accept that I was going to remain too strong or skip the side missions and level out the playing field, this is where for me it stood out against other similar games. I kept with the side quests and after a few missions in the story campaign, I was back at the correct level ready to be challenged by each foe again. I find it rare that a game levels out this way for the player to enjoy everything and not seem like a super being for doing so.

So How long is Assassin’s Creed? Like all games in the series, it is not something you can power through, with the new RPG elements​ it slows everything down even further, with all of the side missions, hunts, treasure etc you are easily looking at a 60+ hour game if wanting to try and get the most out of the game or are a bit of a completionist.

This title is about £17 on PC (I got it for under £10 in a winter sale) and will be cheap on a console as well now, but if you were a fading fan of Assassin’s Creed like I was, with Unity too broken to enjoy and Syndicate not really bringing the right stuff then I recommend now is the time to really get back into the series with a new light on the series to sink many hours into.

It is better late than never to check out Assassin’s Creed: Origins now. 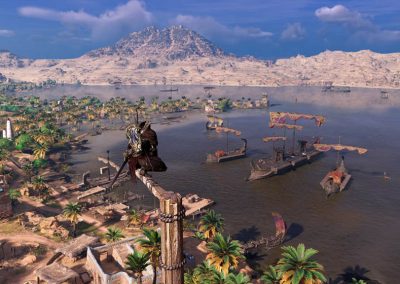 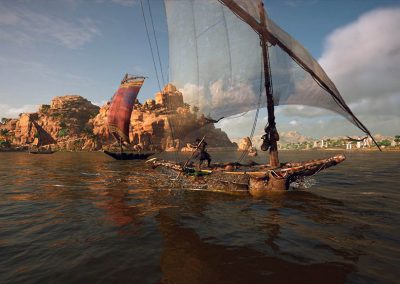 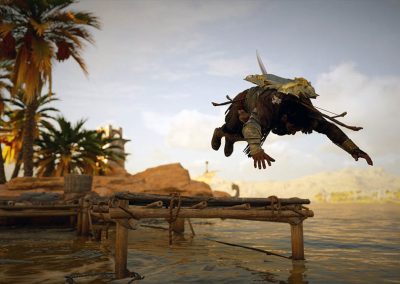 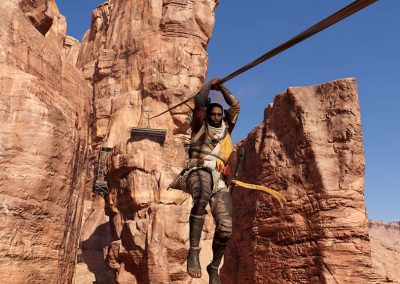 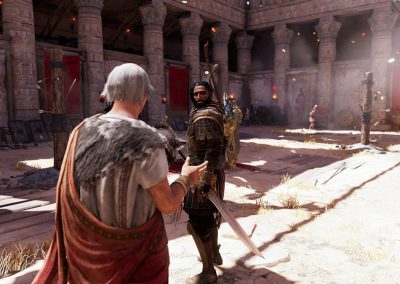 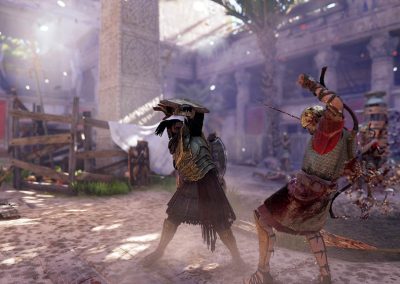 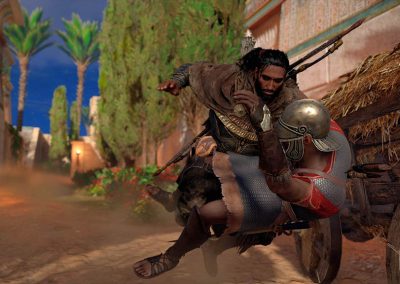