All right, we won! Something you will feel when sitting through the Grandia HD Remaster. Developed by Game Arts, originally on Sega and then Playstation is a hit RPG which took the usual formula of RPGs and went that bit further to create a completely new experience that stands out against others in its genre.

The game Grandia follows a young man named Justin who has been bestowed upon him a Spirit stone from his late father, once this ancient artifact proves to have mysterious powers, the wannabe adventurer Justin heads out to find the City of Alent while taking on numerous foes and making some interesting friends. While the game used to b on 2 separate discs for the PlayStation the game is now a small size to download on PC.

Grandia HD Remaster can easily be a 60 hour game with optional side quests, plenty to unlock and learn while leveling each character to overcome obstacles. As you progress through the game new members join the party, like in most RPGs, all with their own set skills and magic which can be improved upon while in the party. Something which Grandia HD Remaster does well and is quite unique is leveling characters skills and magic, they take on separate levels from the character level, so a character can level sword and baton up separately which will raise a characters attributes and once high enough can teach the character new skills and magic, for example, once a character has a high enough level in fire and wind magic they can learn powerful lightning magic, there are many skills and magic for all characters to learn which makes the batteling more strategic when having to defeat foes and power up new moves.

The battle system is the other very unique feature in Grandia HD Remaster, unlike many in the same genre, the characters are in a battlefield which they are able to move about and defend themselves to avoid or block enemy attacks. They can also time-critical strikes to cancel the enemy’s moves if landed at the right time on the action bar. This feels like a very advanced system for its time but makes the combats, even more, engaging especially when facing off against some of the toughest bosses in the game.

But the real question here is Grandia HD Remaster a good port to PC and worth the money? I say yes. The game runs well on the PC supporting widescreen and updating the graphics for the 2d sprites and 3d backgrounds, for me it is like living my childhood again but with a sense of modern technology in the back of my mind. There are only 2 negatives I noticed through the playthrough, some sprites seem broken, in minor parts they are detached and the other is with widescreen support some characters don’t walk off the screen in cut scenes and just stand there awkwardly but these are not enough to put anyone off the game. If you are looking to get your teether into, a game that can take a decent amount of time to complete love a good story and soundtrack with a great combat system then look no further. 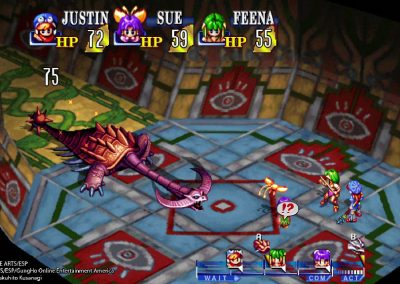 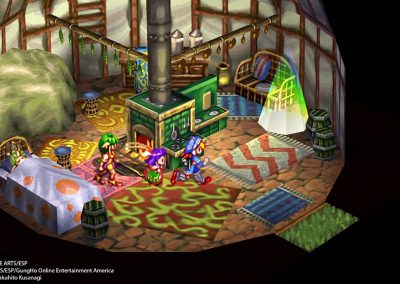 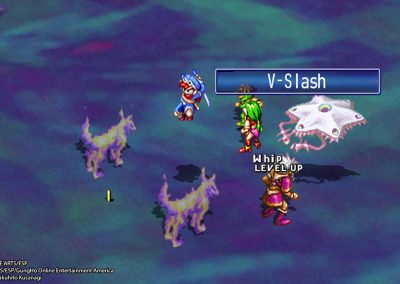 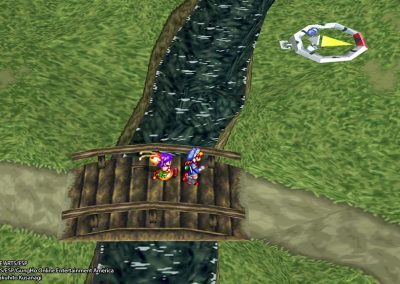