Having only moved up to Sheffield I was still new to the local area and the larger Peak Districts. I was sitting at work with my head down when a conversation came up about a B29 crash site, it peaked my attention and before I know it I had learned there was a plane from the second world war on top of a mountain, Bleaklow in the Peak District. I had to visit.

Pulling over on the side of the ride I opened up my web app on my phone and went for it. The walk started off a breeze, it was on a well-placed stone path which took mine away from the car for about an hour. After this everything changed, my app was directing me over with no clear identification if the crash was on the other side, but I did not want to miss out when I was this far through and start working towards a large hilltop in the distance, hoping it was the top of Bleaklow.

After another hour I was starting to think I had taken the wrong turn, there was very little to suggest any plane crash nearby, so I was just having high hopes at this point until I saw a small piece of metal protruding from a bank.

Speechless at first being surrounded by the downed B29 Bomber, tail fins, wings, wheels, everything was scattered amongst the top of the hill, nothing had been split off from the public, no signs telling you to keep away, it was as it has been for the last 80-almost years, apart from the poppy wreaths left in the of the wreckage.

I did not capture too much on this day, not going to blame the weather, or worn out from the climb but more of how much in awe I was of my findings on this day, that something has been left here for this long, untouched and still harrowing to see. Another climb of Bleaklow to revisit the B29 is planned for the near future. 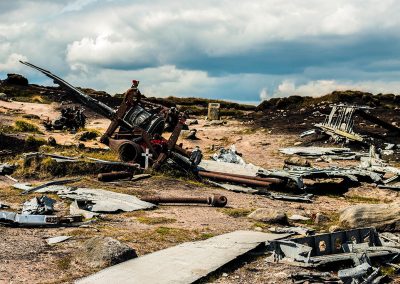 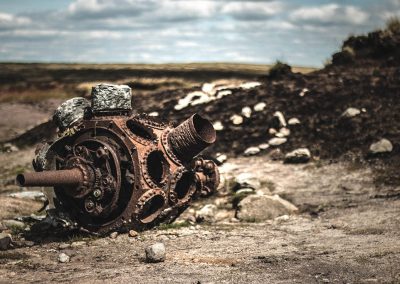 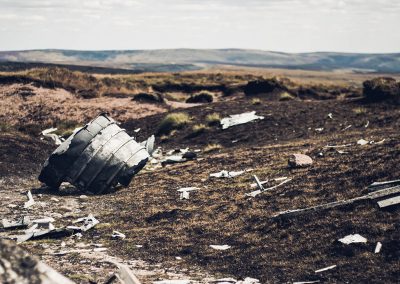 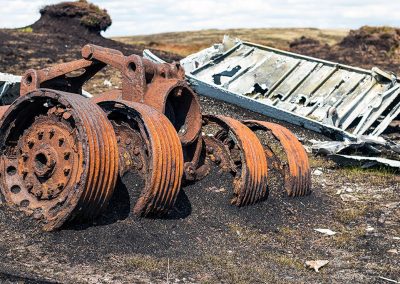 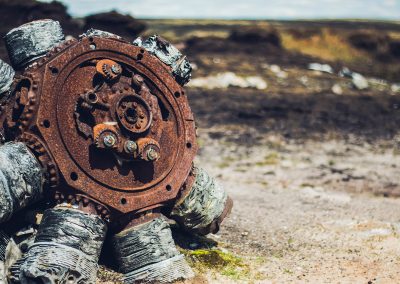 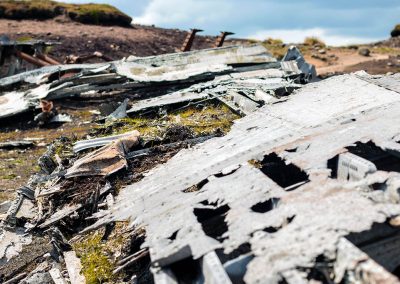